Promotion of the trade and economic relations between Bulgaria and Argentina 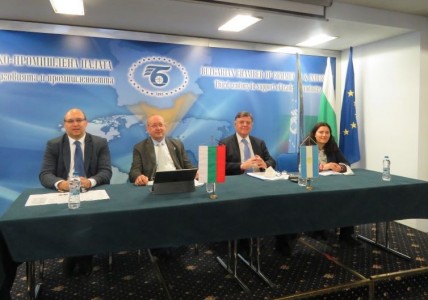 The President of the Bulgarian Chamber of Commerce and Industry Tsvetan Simeonov and the Ambassador of Argentina in Sofia, H.E. Alfredo Atanasoff held an online working meeting with the business chambers representing the Province of Buenos Aires.

The government of the province was introduced to the event by the Foreign Trade Director Maria Lucia Belize. The meeting was also attended by Yordan Stoichkov and Ekaterina Yankova - representatives of the trade department at the Embassy of Argentina in Sofia.

The meeting was opened by Ambassador Atanasoff, who briefed the representatives of Argentina on the current state of the bilateral trade, economic and investment relations.

In turn, the President of BCCI presented detailed information on the activities of the Chamber in support of the business, tax policy, wine and tourism sector of the country. The meeting ended with a discussion on issues of mutual interest related to the promotion of the bilateral trade.