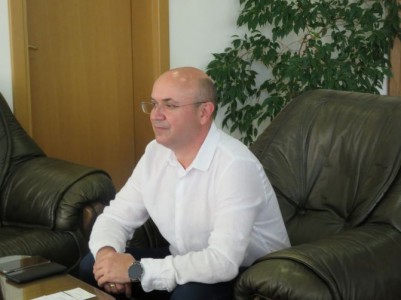 At the Bulgarian Chamber of Commerce and Industry, a meeting was held between the CEO of the Bulgarian Stock Exchange /BSE/ Assoc. Prof. Manyu Moravenov, Ph.D. and the President of the Chamber Tsvetan Simeonov. Vladimir Tomov, Chairman of the Investment Council at BCCI, also took part in the meeting.

Tsvetan Simeonov presented the activity of the BCCI, emphasizing the new edition of the brochure "Bulgaria in Figures" which will be finalized very soon. He explained the criteria and categories that BCCI uses to compile the ranking "TOP 100 companies leading in the Bulgarian economy".

Assoc. Prof. Moravenov also got acquainted with the work of the Investment Council at BCCI. An invitation was extended to the Bulgarian Stock Exchange to join the Council and to take active participation in the upcoming international conference "Financial Support for SMEs – SIM Expo 2021", which will be held on 28-29 September 2021 in Sofia.

The Chief Executive Office of the BSE, for his part, presented some ideas for development and modernization of the stock exchange. He informed that a Green Finance and Energy Center has recently been established, which aims to stimulate public debate on topics related to sustainable finance and energy and to encourage specific decision-making in these areas. The main mission of the Center is to create and transfer leading good practices in both areas to the stakeholders in the country.

It was agreed to organize a joint event to present instruments with which the BSE currently operates, such as BEAM which provides financing and support to Bulgarian companies. 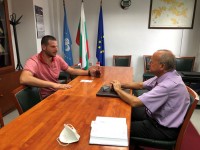