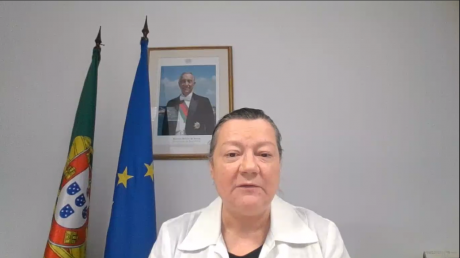 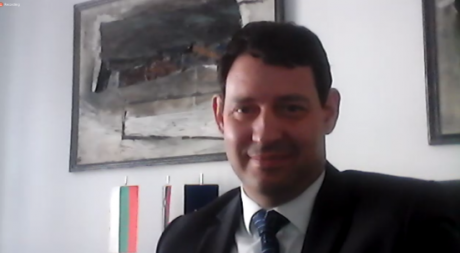 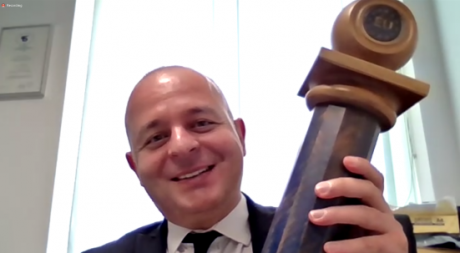 The Bulgarian Chamber of Commerce and Industry and Enterprise Europe Network at BCCI held the Euroclub formal annual meeting this Wednesday, 14th of July, alongside representatives of diplomatic missions, the business community, NGOs, journalists, and members of the BCCI. The purpose of the conference was to felicitate the new presidency of the Euroclub, assumed by the Republic of Slovenia, succeeding the previous role embodied by the Portuguese Republic.

Mr. Vasil Todorov, Secretary-General of the BCCI, recapitulated in his introductive speech Portugal's essential commitment to improve and sustain the European economic environment throughout the Covid crisis. Portugal also focused on the challenge of small and medium companies having to comply with green and digital transition areas.

The presence of the European Commission through Ms. Birgit Weidel, Head of Unit at Directorate-General for Internal Market, Industry, Entrepreneurship and SMEs, marked the conference. Ms. Weidel made clear the "importance of enterprise networking" within European countries. Firstly, because it endorsed companies by finding them alternatives suppliers and partners during the Covid crisis' supply chain's adjustment. Additionally, it will also serve as a means of awareness to business owners on sustainability transition and the potential added value created by logistic digitalization.

The Euroclub meeting was honored by the presence of H.E. Anna Maria Ribeiro, Ambassador of Portugal to Sofia, through a short recording where she informed the attendants of Portugal's achievement during its presidency. The main focus was on the goals set out in the Porto Declaration signed by European leaders and handling: job creation, poverty reduction, preservation measures to support the covid pandemic, and promoting social dialogue.

The Ambassador of Slovenia to Sofia, HE Andrzej Frangis, highlighted the priorities and directives of the Slovenian Presidency for the following six months. Those will mainly focus on the green and circular economy as well as on the digital transition.

In his presentation, Mr. Georgi Stoev, Chairman of the Trade and Investment Committee of the Eurochambers and a member of the Board of BCCI, drew the participants' attention to the current socio-economic issues faced by the European Union and opportunities for solving them thanks to European programs such as Horizon Europe, funded with 95.5 billion euros.