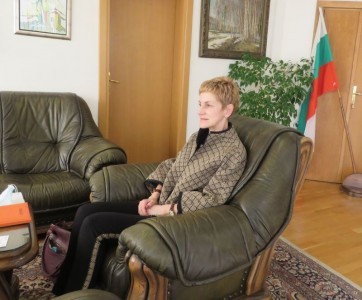 The newly appointed Bulgarian Ambassador to the Republic of South Africa Maria Tsotsorkova visited the Bulgarian Chamber of Commerce and Industry and spoke with its President Tsvetan Simeonov.

Simeonov informed the Ambassador about BCCI’s cooperation and current initiatives with the South African Embassy in Sofia and the South African Chamber of Commerce and Industry, with which it constantly exchanges up-to-date economic information.

Ambassador Tsotsorkova presented her plans and priorities for her upcoming term of office and said that she was also accredited for Zimbabwe, Angola, Zambia, Lesotho and Namibia, which opens up additional opportunities for economic cooperation between Bulgarian companies and future partners from these African countries.

Taking into account the needs and opportunities of the well-developed South African market and the importance of the regional markets of its neighbouring countries (Botswana, Lesotho, Namibia and Swaziland), the need to promote Bulgarian goods in the region and to establish close cooperation with local companies was noted.