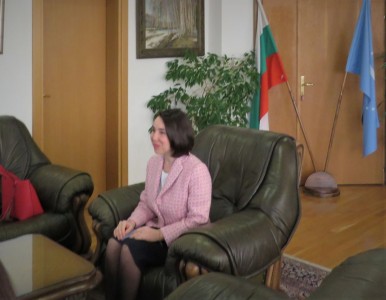 The newly appointed Ambassador of Bulgaria to Japan Marieta Arabadzhieva visited BCCI and talked with the President Tsvetan Simeonov.

The President of the Chamber presented BCCI’s traditionally good relations with partners from Japan –  the Japan Chamber of Commerce and Industry, the Japan Commercial Arbitration Association, the Embassy of Japan in Sofia and the Embassy of Bulgaria in Tokyo, as well as the good cooperation with the Bulgarian Commercial and Economic Section in the Japanese capital. The work of the Bulgarian – Japanese Business Council and the recently established Japanese – Bulgarian Association were discussed.

The President of the BCCI informed Ambassador Arabadzhieva about the Chamber’s support for the hosting of Expo 2025 by Osaka, Japan, expressed during a meeting with the Japanese Ambassador to Bulgaria H.E. Hiroshi Narahira.

Ambassador Arabadzhieva presented the priorities of her term of office, proposing regularity in the meetings between business organizations from both countries with a view to exchanging up-to-date information on trade, economic and investment opportunities for cooperation.